SKU
5dde8cd58e637
Freestanding tablet holder for iPad or Samsung Galaxy devices
As low as £94.80 £79.00
Skip to the end of the images gallery 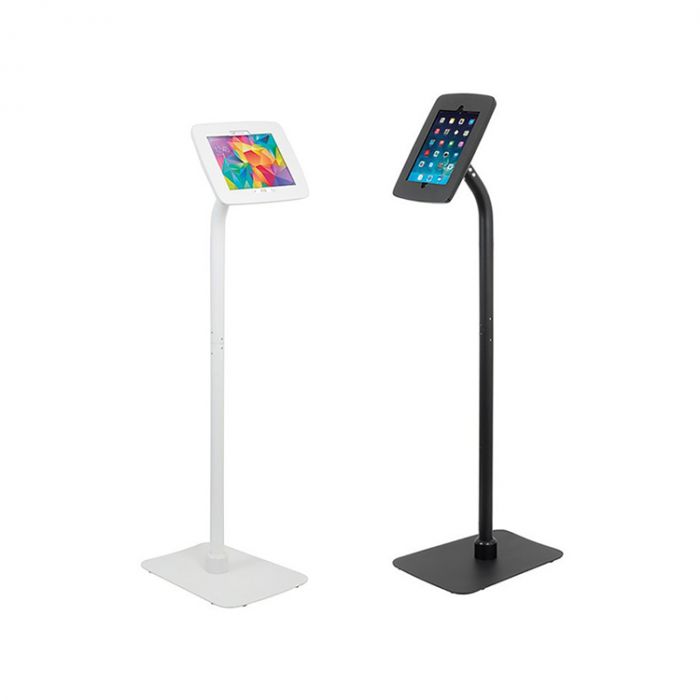 The Launchpad floor standing tablet display stand is a free-standing, portable tablet holder solution that is designed for use with most models of Apple iPad and Samsung Galaxy tablet devices.

The stand design is elegant and features a tubular support pole and a flat, support base. It is ideal for use in retail showrooms, offices, restaurants or for use at exhibitions and events.

The enclosure of the Launchpad tablet display stand can be tilted to provide a viewing angle of between 40 and 70 degrees. It can also be rotated through 330 degrees so as to allow the device to be used either in portrait or landscape mode.

The Launchpad stand is available in a choice of Saturn black or stardust white colours and can be supplied with optional accessories including a tether lock with keys and a 1.8M long charging cable so you can supply power to the device while in the enclosure.

The Launchpad tablet stand is available in a choice of 4 model types. Please see list below for compatibility and choose the relevant model for your particular device. Please note that Launchpad tablet display stands are not designed for use with devices other than listed below.

Please note, the Samsung galaxy tab 10.1" cannot be used with the Launchpad holder